Phew! It’s been a long while since I’ve blogged! The next several blog posts I’ll be posting about Kansas and some hidden gems! 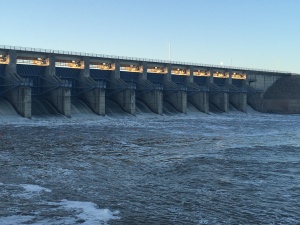 Last week I found myself spending the evening after work at John Redmond Lake, which is near Burlington, Kansas. It is flanked by gorgeous Flint Hills and provides camping facilities, places to fish and places to boat and hiking as well.

“The John Redmond project was authorized as ‘Strawn Dam.  The town of Strawn was relocated six miles eastward on higher ground when the dam was constructed.  The old townsite is now underwater.” (The last little bit makes me want to explore the old town under the lake)!

Recent rains has the lake full and when I was there they were letting water out of the lake to lower the levels. It is a popular fishing spot and when the water levels are lower people fish right in the water near the dam. 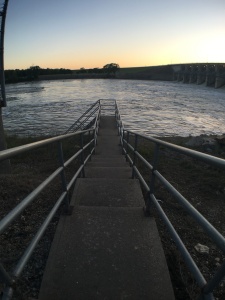 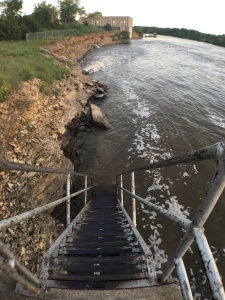 any species of birds, ducks and pelicans can even be seen at certain times of the year.

And there’s nothing quite like the sunset over the lake as the water mirrors the striking colors of a dramatic Kansas sunset.

Kansas has so much to offer — people tend to think we’re “flat and boring,” but we’re anything but that.

John Redmond is only one of many gems we have in this great state.