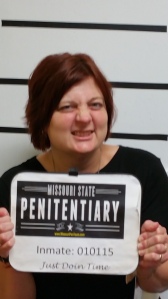 This weekend I had the opportunity to live a dream — an overnight paranormal investigation of a decommissioned prison. 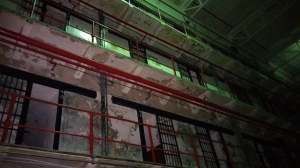 I went with a group to Missouri State Penitentiary, in Jefferson City, Mo., which was originally opened in 1836 and decommissioned in 2004. It was once the largest prison in the United States and held 5,200 inmates at its peak, according to their website. Known as the “bloodiest 47 acres in America,” this trip was a trip of a lifetime. 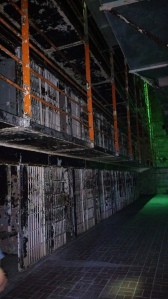 The prison held men and women, criminally insane and general population. It carried out executions through a gas chamber, which we had the opportunity to tour, and also one person was executed via lethal injection. 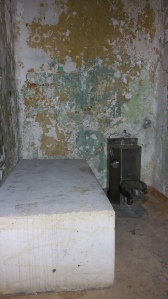 “A former Union General, the first train robber, 1930s gangsters, world champion athletes and the assassin that killed Dr. Martin Luther King Jr. all came through the gates of the Missouri State Penitentiary (MSP) as inmates,” according to the website. To read more about infamous inmates go here. 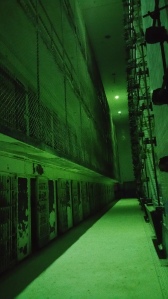 Rows and rows of cells. Imagine the noise when this was in operation.

Being in those halls, in those cells, at night, was an incredible experience. I was struck by how much echo carries through the halls and imagined how loud it must have been in “A Hall” with several floors of inmates, two (or more) to a cell.

The feeling from cell to cell varied. In one cell I’d feel nothing. The next, sadness and anger. It’s amazing how energy sticks around long after the physical being is gone. 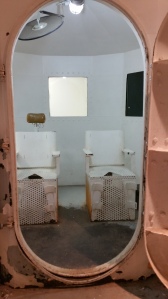 The entire experience was incredible and I hope to go back soon! 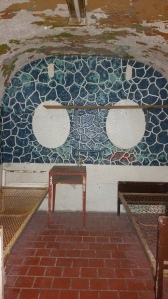 Some inmates got to paint their cells in “A Hall.”

Follow The Wandering Pigeon: Adventures in BrandyLand on WordPress.com